What is an Adjective ?

The adjective in English is a word that explains or clarifies the noun. Adjectives describe nouns by giving information about an object’s shape, size, age, color, feelings, condition, appearance, quantity.

The most common way to form an adjective in English out of a noun or verb, is to add a specific ‘ending’, which is called suffix. Suffixes are:

2. Adjectives in English formed with prefixes:

A prefix is a particle we add in front of a word, usually to express negative meaning:

Other prefixes modify the meaning of the word but do not form negative meaning: 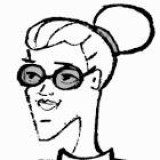